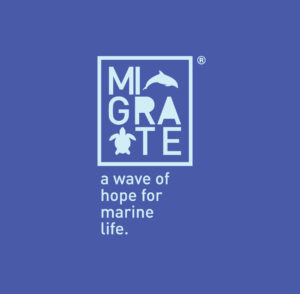 The uncontrolled expansion of maritime activities such as fishing poses a significant threat to slow-reproducing turtles and cetaceans. In the EU Habitats Directive, the loggerhead turtle (Caretta caretta) and the common bottlenose dolphin (Tursiops truncatus) are listed as Annex II Species of Community Interest whose conservation requires the designation of Special Areas of Conservation (SACs). Malta, therefore, has a legal obligation to propose Natura 2000 network sites for these species.

The LIFE+ MIGRATE Project’s main objective was to identify relevant marine areas for the loggerhead turtle and the bottlenose dolphin, in order to designate Natura 2000 network sites of Special Community Importance (SCIs) for these species within Malta’s 25-nautical-mile Fisheries Management Zone. The project aimed to obtain data on their migratory routes, feeding grounds and aggregation areas, to permit the evaluation of their conservation status and to contribute to the identification of the most important areas for these species. The project also aimed to obtain new information on turtles, cetaceans and other notable marine fauna in Maltese waters, and to assess their conservation status.

The LIFE+ MIGRATE Project implemented both data-collecting activities and marine surveys (during the summers of 2013 and 2014) to understand the conservation status of, and to identify the best areas in Maltese waters to establish Natura 2000 network sites for, loggerhead turtle (Caretta caretta) and common bottlenose dolphin (Tursiops truncatus).

A map of sightings of turtles and various cetaceans was completed, showing density concentrations for each species. By recording other large marine fauna, the project also contributed to narrowing general knowledge gaps for the marine environment.

Report of all the procedures, analysis and results obtained, including data for abundance, distribution, level of residence and home range, and habitat use in relation to oceanographic and anthropogenic parameters.

During the project, there was a high number of sightings of loggerhead turtles (293) and cetaceans (50), the latter identified as bottlenose dolphin (38%), striped dolphin (Stenella coeruleoalba) (30%), common dolphin (Delphinus delphis) (24%) and sperm whale (Physeter microcephalus) (2%).

The Conservation Status of the loggerhead turtle and bottlenose dolphin, along with their foraging, migration and reproduction habitats in waters around Malta was assessed. The abundance of juvenile loggerhead turtle sightings confirms that Malta is a critical area of the eastern Mediterranean population for this species, both as a migratory corridor and foraging ground.

Malta provides a strategic position for the conservation of bottlenose dolphin, due to its central position in the Mediterranean Sea and the presence of habitats important to this species. The number of cetaceans found generally in Maltese waters is considered low, comparing with other areas in the Mediterranean Sea, though further deep-water surveys are required to assess species such as sperm whale.

Three sites were proposed for inclusion in the Natura 2000 network:

Management measures were proposed in the After-LIFE Conservation plan to maintain or restore the favourable conservation status of turtles and cetaceans within six years of the acceptance of the sites into the Natura 2000 network as required by the Habitats Directive.

The LIFE+ MIGRATE project raised awareness among the general public and interested groups about the Natura 2000 network and the target species, through training workshops, brochures, a roll-up banner, electronic newsletters and a website. This helped increase public participation in conservation efforts.

The project taught individuals and members of organisations to identify different species of marine turtle and cetaceans, which resulted in the ongoing collection of more accurate sighting data from volunteers. Training also included procedures for handling injured specimens, which the project rehabilitated before releasing them back to the sea. Turtles are particularly at risk through long-line fishing, and hence the project’s suggested management techniques addressed this issue. Other risks identified and tackled through suggested management measures were underwater noise and plastic waste.

An increased appreciation of the target species was achieved among vessel owners, fishers, sea-users and other interested parties.

Further information on the project can be accessed through the following: 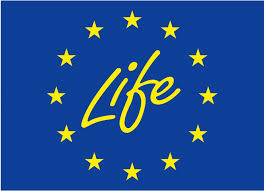