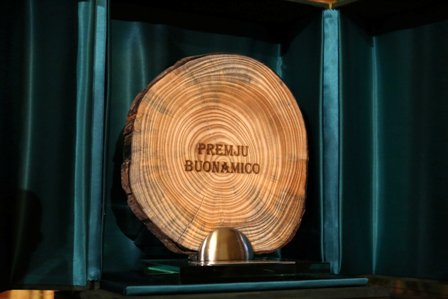 ERA has set up a Buonamico Award, to mark World Wildlife Day (celebrated yearly on the 3rd March) in order to honour environmental enthusiasts who have made significant contribution to our knowledge on local biodiversity and environmental resources.

This National Award has been named after Giovanni Francesco Buonamico, who was possibly one of the first Maltese botanist, writing the first unpublished Maltese Flora in 1670.

The Environment and Resources Authority (ERA) requires and relies on data on the local environmental resources, such as biodiversity, but which data may not be readily available. ERA is aware that a considerable amount of useful information and data has been, and is still being produced by persons who though not necessarily having received any formal scientific training, often dedicate much of their time to study one or more aspects of our environmental resources.

Bionotes of these honourees are being included.

For further information you may wish to contact national.affairs.era@era.org.mt

Michael Briffa was born in 17th November 1926 and married to the late Yvonne (nee Debono). He was first attracted to the local flora towards the end of the 1960s, through the influence of three persons: Guido Lanfranco’s radio programmes and his contagious love for flora and his ‘Guide to the Flora of Malta’; the botanist Edwin Lanfranco, who was instrumental in Briffa’s works, especially for solving identification problems; and his late old friend Mario Gauci, who introduced him to many local species of flora. Briffa’s passion led to valuable knowledge to the scientific community on local vascular flora and mycoflora (particularly fungi and slime moulds) – with various new records of species for Malta, new localities for rare species and the rediscovery of species previously considered as possibly extinct.

Amongst his most renowned discoveries is the shrub Sarcopoterium spinosum, typical of the eastern phrygana, found for the first time in 1985; Muscari commutatum, a bulbous flowering plant first reported by him in 1983; and the buttercup Ranunculus parviflorus in 1985. Additional rediscoveries of important species include the Maltese dwarf hawksbeard, Melitella pusilla, first described from Malta in the early 20th century and rediscovered by him in 1983, and is now protected at international level, as well as the dog rose, Rosa canina, and the bugloss, Echium sabulicola, rediscovered after more than a century; the beaked spider orchid Ophrys oxyrrhyncos; and more than 40 other flowering plant species.

He also rediscovered the white-flowered form of the National Plant, the Maltese rock-centaury, Palaeocyanus crassifolius; such form was first included in the description of the species by Stefano Zerapha in 1827 but not found for decades.

In 1980s, he also became interested in fungi (particularly wild mushrooms and toadstools), and later in 1995 in the related slime moulds. More than 300 fungal species were encountered during his studies, with several new records for Malta. Notable fungi include Amanita mushrooms; the polypore Inonotus euphoriae; as well as various species association with oak/pine woodlands as well as rockrose phrygana. As to slime moulds and related species, Briffa compiled an annotated checklist of 71 species in 1997. Amongst the several rare species found are Craterium rubronodum, Physarum echinosporum and Tubifera microsperma, which were never recorded in the Mediterranean Region.

Most of the discoveries by Michael Briffa are included in the official ‘Red Data Book for the Maltese Islands’ issued by the precursor to the Environment & Resources Authority (ERA), and a good number of species are now protected by law, either directly as protected species or through the protection of their habitats through the Natura 2000 network and the related designation of Special Areas of Conservation and Tree Protection Areas by ERA.

Hubert Spiteri was born on 16th February 1945 and married to Mary (nee Xerri). He lives in Naxxar and is a successful businessman who for over three decades, managed his family-run business based in Pietà. But his real passion has always been botanical studies. He is a well-known personality to a closed number of botanical scientists and local experts in fauna and flora. And he should be, since over the past decades his ceaseless rumblings have yielded no less than six new records of wild flowers to our official list of flora. Furthermore he developed culture techniques of growing such plants in his own garden grounds. His investigations and records have been cited both locally and internationally. And yet, he is still a stranger to the local media.

His first ‘discovery’ was that of the stinking sea daffodil, Pancratium foetidum, at Għadira in 1963. This was the first local record of this species; which is considered as of biogeographical importance, being essentially a Maghrebian species extending its range to Malta. It is now a protected flower under local regulations.

Over the period 1969-1979, we can mention at least four other discoveries or re-discoveries made by Huber, though there are others. These include the new record, the orchid Ophrys bombyliflora var. parviflora, and the butterfly orchid, Orchis papilionacea. The latter was reported from Malta, although prior to its discovery by Hubert, was considered doubtful. The species is considered critically endangered with a restricted distribution to the Maltese Islands and is protected.

He also rediscovered a small bluish iris belonging to the Moraea sisyrinchium group, which has not been recorded in our countryside for at least the previous 85 years. The likely reason for this ‘hide and seek’ habit for this iris may be due to the fact that its flower opens up only for about one hour during the daytime, and especially at noontime. Hubert managed to germinate its seeds in a type of compost he developed himself. Subsequently he reintroduced such species to other local places.

In 1976, he came across the elegant narcissus, Narcissus elegans, which has never been reported locally. The species is considered as very rare, and is listed in the Red Data Book and in local regulations as a plant species of national interest whose taking in the wild and exploitation may be subject to management measures. In 1979, Hubert rediscovered the sawfly orchid, Ophrys tenthredinifera, which is a critically endangered protected species, considered possibly extinct prior to this discovery. The plant observed by Hubert differs from the typical form. 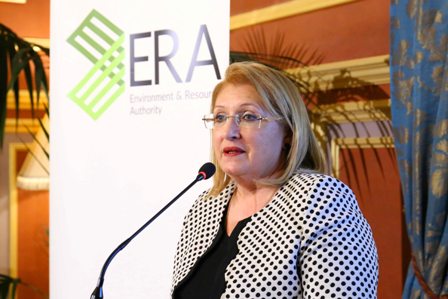 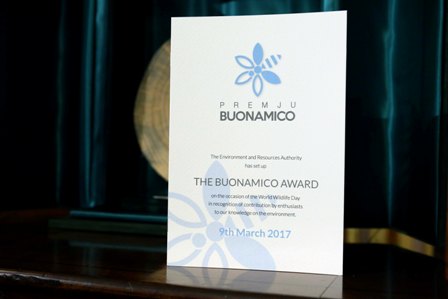 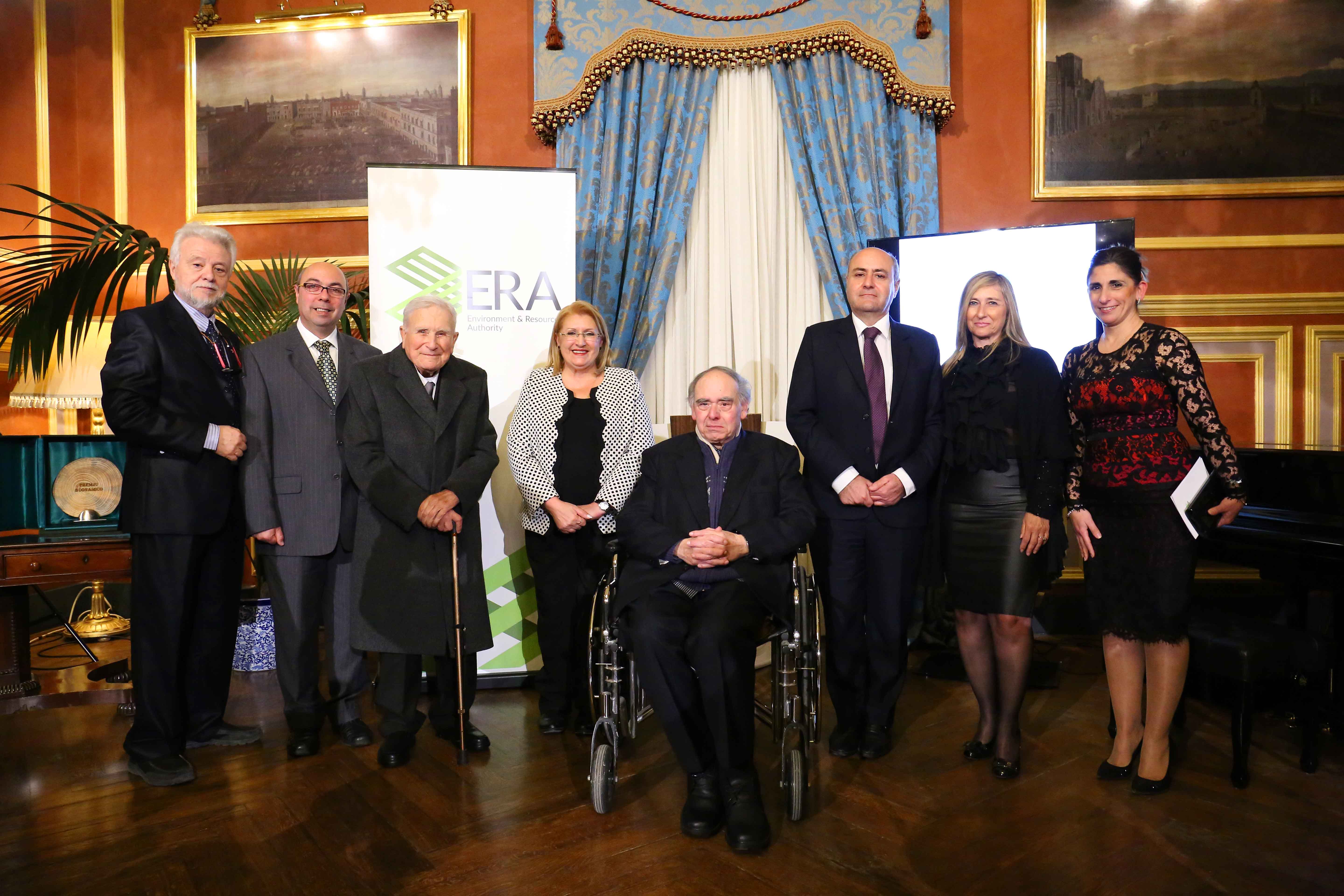